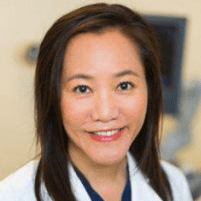 Fortunately, with modern medical advances and innovations, there are many effective ways to treat fibroids and resolve your symptoms. In her private practice in Pasadena, California, OB/GYN Alice Yung, MD, treats fibroids and its related symptoms along with many other gynecologic conditions to improve women’s health and wellness. If you think you might be dealing with or suffering from the symptoms of fibroids, don’t wait any longer and call Dr. Yung to find relief.

Uterine fibroids are noncancerous (benign) growths that form from the muscle tissue of the uterus. They’re most common in African American women and women aged 30-40 years but can happen at any age.

Uterine fibroids vary in size, shape, and location and can appear inside the uterus, on the outer surface, or within the uterus wall. Some fibroids are attached to the uterus by a stem-like structure.

You might have a single fibroid or multiple fibroids of varying sizes. A fibroid might stay small for a long time and suddenly grow rapidly, or it can grow slowly over several years. In more severe and rarer cases, multiple fibroids can expand the uterus until it reaches the rib cage.

What are the symptoms of fibroids?

Some of the most common symptoms of fibroids are:

Some fibroids don’t present symptoms and might be found during your routine pelvic exam or during testing for other problems.

Fibroids that are attached to the uterus by a stem can twist and lead to a fever, nausea, and pain. A large fibroid can cause the abdomen to swell, making it difficult to perform a regular pelvic exam.

In some cases, fibroids can lead to infertility. Fortunately, when fibroids are thought to be the cause of infertility, many women can become pregnant with the proper treatment.

It isn’t clear exactly what causes uterine fibroids, but some of the associated factors include:

If you have concerning symptoms, you should visit Dr. Yung for prompt evaluation and treatment.

What are the treatments for fibroids?

After a detailed discussion of your medical history and examination, Dr. Yung might recommend testing, such as lab work, ultrasonography, hysteroscopy, laparoscopy, MRI, sonohysterography, or hysterosalpingography.

Most fibroid medications target the hormones that regulate your menstruation.

Gonadotropin is a hormone-releasing agonist medication that can stop your menstrual cycle and shrink fibroids. These medications are sometimes used prior to surgery to reduce the risk of bleeding, but they can only be used for short periods of time (usually less than 6 months).

In some cases, Dr. Yung might suggest certain surgical procedures.

A myomectomy involves the surgical removal of fibroids while leaving the uterus in place, so you remain fertile.

A hysterectomy refers to the removal of the uterus where the ovaries may or may not be removed. After a hysterectomy, you’re no longer fertile, so you should be sure you’re ready to end your fertility.

Other procedures and techniques

Dr. Yung can often perform a hysteroscopy procedure to remove fibroids protruding into the cavity of your uterus using electricity or a laser beam. A hysteroscopy can often be performed as an outpatient procedure.

A uterine artery embolization (UAE) is a procedure where the physician injects tiny particles into your blood vessels leading to your uterus to cut off the blood flow to the fibroid and cause it to shrink.

Get the right compassionate medical treatment for your fibroids and call us to schedule an appointment.

The first step in obstetrics care is preconception planning. A preconception evaluation with Dr. Yung provides the opportunity to optimize the patient’s health before a pregnancy. Preconception care also helps reduce the risk of adverse health effects for both the woman and the fetus during pregnancy. Together, we will optimize your health and discuss the timing to best allow a successful pregnancy.

The first step in obstetrics care is preconception planning. A preconception evaluation with Dr. Yung provides the opportunity to optimize the patient’s health before a pregnancy. Preconception care also helps reduce the risk of adverse health effects for both the woman and the fetus during pregnancy. Together, we will optimize your health and discuss the timing to best allow a successful pregnancy.